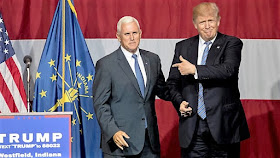 God Bless Mike Pence.
He truly is the number two man in this Trump/Pence relationship. It took Trump 28 minutes to get around to introducing the man he said was his number one pick. Trump essentially touted his own turbulent year in the trenches and then introduced Pence.
But not before he detoured into telling his audience that he meant to get rid of the Johnson Amendment. The Johnson Amendment was something Lyndon Johnson got through Congress as a Senator in 1954.
In 1954 Congress passed the Johnson Amendment which said that non-profits (including churches) could not speak in favor of political candidates.
Organizations recognized under Section 501(c)(3) of the U.S. tax code are subject to limits or absolute prohibitions on engaging in political activities and risk loss of tax exempt status if violated.  Specifically, they are prohibited from conducting political campaign activities to intervene in elections to public office. wikipdia
There are conservative who say that this is a violation of the First Amendment. I think it violates the separation of Church and State. Surely ministers have spoken out against candidates and have even put candidates through the coals to prove that they were separate from church and state. Anyone remember John Kennedy’s meeting with the pastors in Houston during the 1960 campaign? They were worried JFK would be controlled by the Pope. Prelates could run for office until the Catholic Church disallowed it. But I digress.
Trump took the attention off the man he was supposed to be introducing! And speaking of that guy……………
Pence voted for and supported NAFTA. Trump is against it.
Pence voted for the Iraq War. Trump was against it.
But Trump picked Pence to try to consolidate the Republican wing of the GOP. In a way it is a smart move because it gives the GOP ticket a conservative familiarity that Trump needs to get the more errant conservatives in line.
The GOP and Religious Right will love Pence because Pence has been one of our country's most aggressive anti-LGBTQ leaders.
With his endless opposition to marriage equality, Pence fought for the discriminatory "Religious Freedom Restoration Act," and vehemently defended it in the national media. When he was in Congress, Pence never missed an opportunity to speak out and vote against our community – voting NO on the Employment Non-Discrimination Act, NO on repealing "Don't Ask, Don't Tell," and NO on hate crimes legislation. So while this helps Trump with the base, it contradicts some things he (Trump) said in contrast to Pence’s stances.
Pence meanwhile gave a very nice speech but it appeared to me, (after he finally got to give it) that he was crafting a message for not only today but 2020.


“NEVER GO AGAINST THE FAMILY” 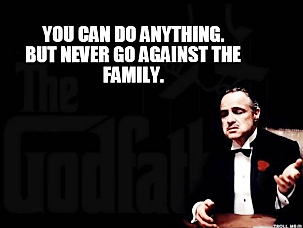 (Photo: Godfather novelty quotes)
Chris Christie was oh so close to the Vice Presidential nomination sources say. But the man who was loyal to Trump right from the start after his candidacy failed and endorsed him ran into family matters. See when Christie was New Jersey Attorney General he prosecuted a guy named Charles Kushner. Kushner, was a New Jersey real estate tycoon who hired a prostitute to seduce his own brother-in-law, recorded their tryst and then sent it to (Kushner's) sister. Kushner was sentenced to two years in prison in 2005 after reaching a plea agreement with Christie.  (NY Daily News)
Fast forwarding, Trump’s daughter Ivanka married  Jared Kushner who has been serving as a campaign aide. Despite that, during the campaign Trump embraced Christie and allowed the Jersey Governor to campaign with him. Christie was even in the top three but word was Jared, known as the in law from hell in some circles nixed Christie. Trump is nothing if not loyal to his family. So Christie became dispensable. Well at least they didn’t lure him to a Jersey toll booth. 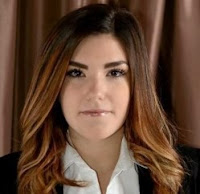 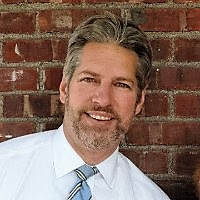 Two new members of the Wilkes Barre City Council took a stand the other night against Mayor Tiny George’s proposal to have a bank associated with Louis DeNaples from doing business with the city. The motion won but not without a fight. Tony Brooks and Beth Gilbert voted no. Gilbert the most junior in terms of age posted this statement on Facebook:
“I feel like I have a moral obligation to the residents of the city to not only choose a financial institution that gives us the best monetary value, but one that is morally sound as well and isn’t shrouded in controversy,” Gilbert said. “To me, it goes further than saving money. I’m very disappointed with the vote tonight. I think tonight, corruption won.”

Stephen Stahl, the former Coughlin High School official who was convicted of having sex with a student has filed a lawsuit alleging that the school district wrongfully terminated him.
Stahl seeks $137,884 in damages from the Wilkes-Barre Area School District, alleging he was denied a fair chance to mount a defense.
He also stated in the suit that the District sold some of his personal possessions at an auction.
Solicitor Ray Wendolowski declined comment, saying he hadn't seen the complaint. Stahl served a sentence and was accused of having sex with a 16-year-old student.
He was convicted of a misdemeanor. Meanwhile we’re wondering just why the Wilkes Barre Area Solicitor, handsomely paid is doing an imitation of a Sergeant Schultz saying “I know nothing!”.

Once more I’d like to remind LuLac reader to please not post anything on my Face book wall of a racially offensive nature. Thank you.